Finals session for the Conference on the Future of Europe

On 9 May 2022, on Europe Day, the Conference on the Future of Europe came to an end marking the end of a unique year of events, debate and deliberation between citizens from across Europe about the kind of Europe they want to live in.

Digidem Lab was from the beginning to the end one of the organisations that supported the European Commission in the preparation and implementation of the largest ever EU-level citizens’ dialogue. With this post, we thought summarise it all and give some hints about what might come.

The Future of Europe conference, which ran from April 2021 to May 2022, has served as a public forum for an open and inclusive debate on several key EU priorities and challenges; a wide-ranging democratic process in which people from across the EU shared their ideas and helped shape our common future through panels, debates and discussions. First, a digital platform based on the open tool Decidim was opened where anyone in the EU could submit their ideas, organise and participate in events. The platform received over 5 million unique visitors, 700,000 participated in events across Europe, and almost 19,000 of these ideas were generated. Already from May 2020, Digidem Lab was involved, with our French partner Open Source Politics and several other organisations from across the EU to design the platform and how to involve citizens (we wrote more about that in a first post). To meet the immense needs of the conference, Decidim received several improvements to make it fully multilingual (all participants could write their posts and read others’ in their own language among the 24 official EU languages) and link it to advanced analytics tools. After the launch, we continued to advise the European Commission, including with weekly reports on conference activity, pointing out various gaps in participation and helping the Commission and Member States to target their communications. 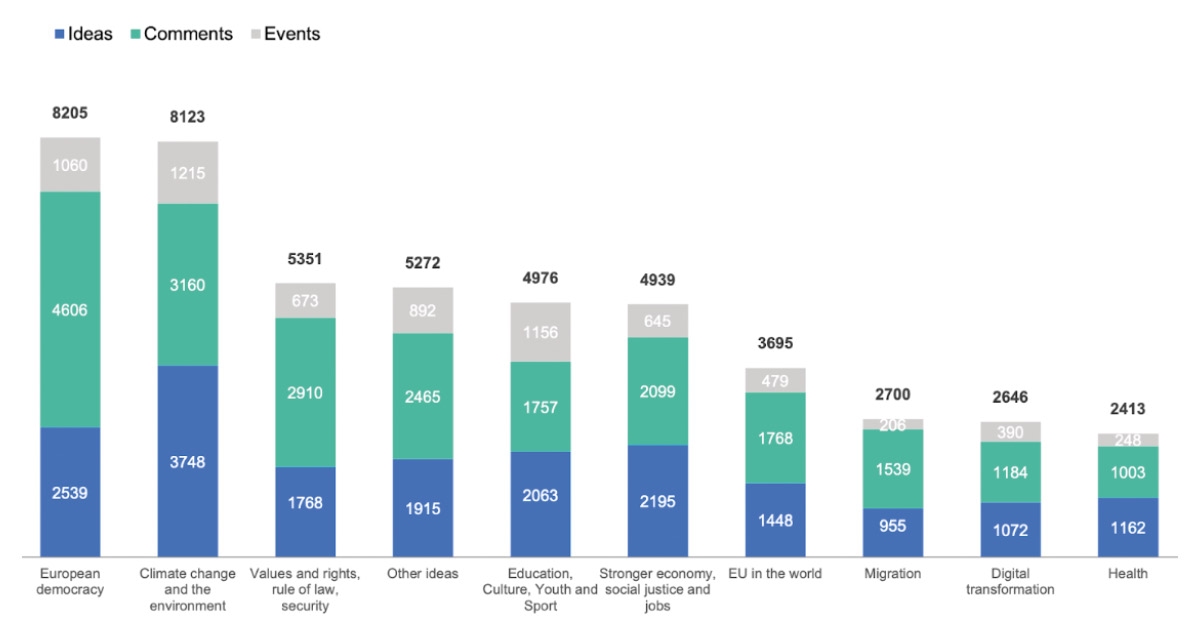 From autumn 2021, an exciting new phase began when 800 citizens from across the EU were randomly selected to participate in citizens’ panels to develop the final recommendations. Then Digidem Lab was again commissioned to facilitate several sessions of these panels in Strasbourg, France and Maastricht, the Netherlands. An exciting experience where our colleagues Anna and Pierre had to facilitate in up to 6 languages (thanks to the excellent interpreters of the European Parliament) to help citizens develop recommendations on EU values and climate diplomacy, among others. More on our panel’s final session in Maastricht can be found here. Also check out this film from the panel.

- This conference was incredibly innovative in so many ways and we are extremely grateful to have been part of this journey. We take away so much knowledge that we hope to use to design and implement even better deliberative processes in Sweden.
Pierre Mesure, Mission Manager at Digidem Lab

Interest in the conference in Sweden was weak, but we still recommend reading DN’s interview of Thilde Karlsson, from Fågelmara outside Karlskrona who got to discuss climate issues as one of the 800 citizens. In her speech, she called for a bolder climate policy and a fairer EU where age, residence, gender, religion and political preferences should not be discriminatory. She stressed that the EU must be more than an economic union and that Member States must show more solidarity with each other in times of crisis. 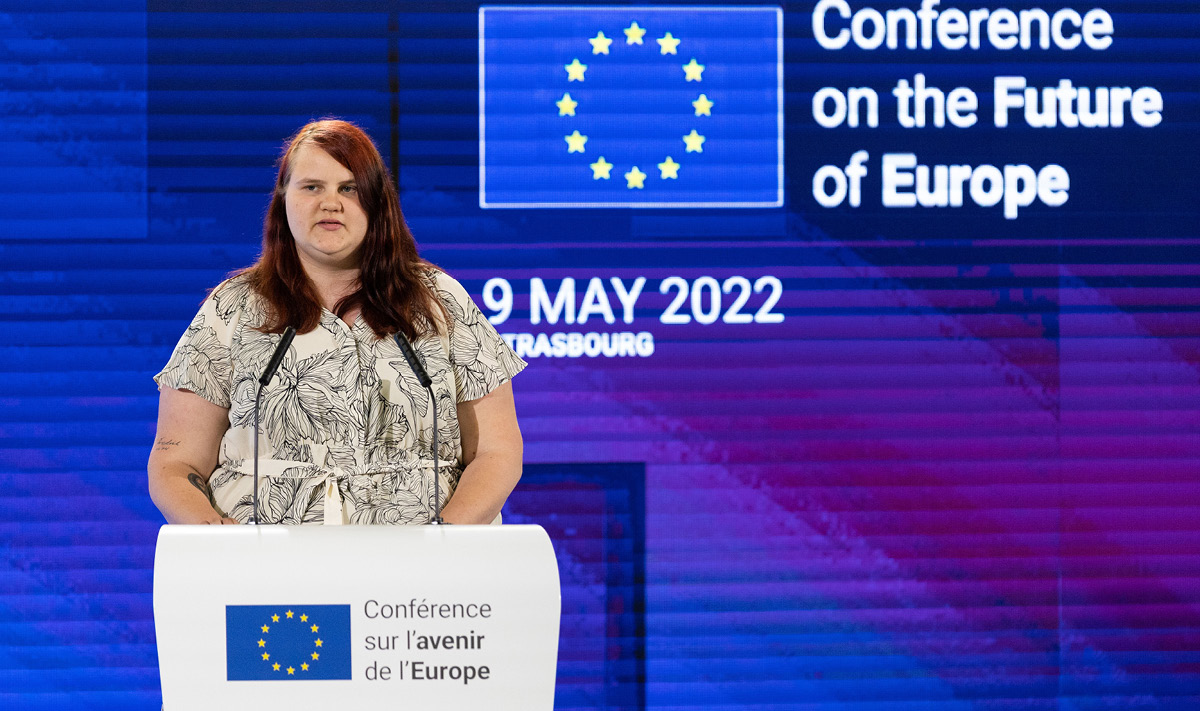 Photo: Thilde Karlsson during her speech.

We also recommend Sveriges Radios’ short interviews with Robin from Gävle and Anna from Stockholm.

EU leaders have now received the more than 300 proposals put forward by citizens in nine different policy areas: climate and environment, health, a stronger economy, social justice and employment, the EU in the world, values and rights, rule of law and security, the digital transformation, democracy in the EU, migration, and education, culture, youth and sport.