Citizens' panels are a method for involving citizens in the design of solutions to complex issues.

A randomly selected group of citizens who are demographically representative of the population meet on a number of occasions. They have the chance to thoroughly familiarize themselves with the issue and listen to experts in the specific field. Through specially designed workshops, they discuss with people from different educational backgrounds, economic status, geographical areas, ages, gender and ethnic backgrounds. After thoroughly immersing themselves in an issue, they develop recommendations to the municipality, region, state or institution that asked for their suggestions.

The method has been used successfully in countries such as France in 2019-2020, which commissioned a jury of citizens to produce recommendations on how the country should reduce its emissions by at least 40% by 2030. The method is now being used in several municipalities and regions in the country. Ireland, Denmark, Norway UK and Germany have also used citizens’ juries on complex societal issues.

Digidem Lab was already involved in 2017 in an international working group to develop and document the method and since 2020 is active in the design and implementation of a citizens’ jury at EU level. We offer training, process design and facilitation for those who want to implement a citizens’ jury.

Finals session for the Conference on the Future of Europe

2022.06.28 | On 9 May 2022, on Europe Day, the Conference on the Future of Europe came to an end marking the end of a unique year of events, debate and deliberation between citizens from across Europe.

Get in touch to discuss ideas for projects or cooperation. 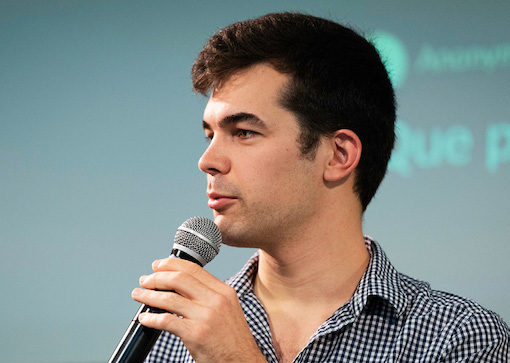